Hyde Bohr is the main antagonist of The 3rd Birthday. He is the chief researcher of the Counter Twisted Investigation (CTI), and acts as a mentor towards an amnesiac Aya Brea.

Hyde was born in Denmark and grew up with his physicist father. As such, he was constantly surrounded by famous names in the field.

He originally emigrated to America after graduation and devoted himself to research in the field of quantum mechanics.

In 1999, he was invited to become a project manager for the Defense Sciences Office at DARPA (the Defense Advanced Research Projects Agency), a unit of the US Department of Defense that was researching and developing new technologies for the nation's military.

In 2005, he entered the FBI's research center where he lead his own forensics team before becoming the Director of Counterterrorism/Counterintelligence.

Hyde became close to both Aya and Kyle Madigan as a protector-like figure at work and outside of it. As such, he is invited to Aya and Kyle's wedding on December 24th, 2010 at Saint Thomas Church in New York City, a day known as Time Zero. During the wedding, a mysterious SWAT team was called in to assassinate Aya and Kyle, and it is unclear if Hyde had anything to do with it (during the raid, Hyde is seen aiming a gun at the team which is shot out of his band, implying he did not hire them). The death of Eve Brea's body creates a species known as the High Ones which included Hyde, who became the integrated form of the High Ones, possibly because he was holding her body as she died. Afterwards, he found Aya, or rather, Eve in Aya's body, unconscious in the snow outside Saint Thomas Church and took her in.

Around the same time, he became the head of the newly formed Counterproliferation Strategy Support Division of the CTD, forerunner to the CTI (Counter Twisted Investigation). As the chief researcher of the CTI, his duties included revamping it, loading the development team as senior engineer, and heading up the Overdive Investigation Unit. He is a major leader in the war against the Twisted.

During the war, however, he became trapped in a cycle of time. Each time the other High Ones were defeated by the military, Hyde would return back at the church, but keep some memories of what occurred from previous timelines.

Eventually, in order to escape the cycle, he intends to manipulate Eve (in Aya's body) to help fight the Twisted and the High Ones in order to bypass going back in time, as well as to create the Grand Babel. The High One controlling Hyde plotted to also use Eve's body, the "Mother", in order to created advanced lifeforms which he claimed could end the war against the Twisted. He also claims he "hid" inside Eve, implying the High One hid part of its consciousness inside Eve's in order to fulfill its plan.

Hyde assists Eve under the guise of a supportive figure, even defending her from Hunter Owen. He provides intel to Aya during her Overdives into the past.

When the CTI is murdered by Kyle, Hyde mysteriously disappears. When the Grand Babel forms, Aya locates Hyde in the Grand Babel and he reveals his betrayal, or rather, manipulation. He reveals that the Grand Babel is built on the foundation of the defeated High Ones, and he needed to form the Grand Babel to open a door to Time Zero. Aya fights him in a monstrous form.

Hyde and Aya fought at Overdive Time on Rockefeller Center for a grueling battle, again in his monstrous form.

Finally in one last battle, Aya dives into the psychic world of the High Ones that rests within their leader, Hyde: an Overdive space that's an embodiment of his deepest psyche. In the end, Hyde lost and vanished and allowing Aya to go to Time Zero to fully restore her memories and to see the events that unfolded of the creations of the Twisted and the High Ones.

There, Aya learned she is not really "Aya" but Eve's consciousness in Aya's body. Hyde confronts Eve and reveals the truth of Time Zero, the Twisted and the High Ones. Hyde tells Eve his plan to become one with her in order for them to experience a rebirth and gave birth to descendants which are advanced life forms which can end the war against the Twisted. When Eve asks Hyde if the people who are important to her will be in this future, Hyde claims they're "nothing", upsetting Eve. Ultimately Hyde died within Time Zero being shot by Aya countless times before he could force himself into Eve. 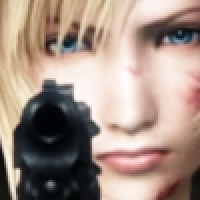 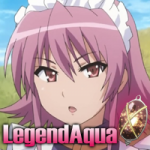 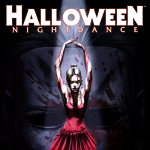 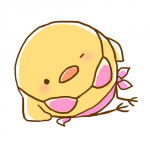