View source
watch 01:36
We're Getting Mutants in the MCU - The Loop
Do you like this video?
Play Sound

Kerberos is the mutated form of Sheeva. Aya Brea must save Ben Dollis and Douglas Baker from her.

There are three heads Aya has to deal with, each with its own HP but the same set of attacks. The first is a near-unavoidable giant shock wave that cuts Aya's HP in half, the second a lunging bite when Aya is in range, and finally an energy blast that will stretch across most the room. Aya will mostly be on her guard the entire battle, the best time to attack when Sheeva goes to heal one of her heads for 100 HP each or just after avoiding Sheeva's attacks. Considering how each head has its own HP, it is probably best to focus on killing one of the heads on the side first, then kill the other side, and finally the center head. 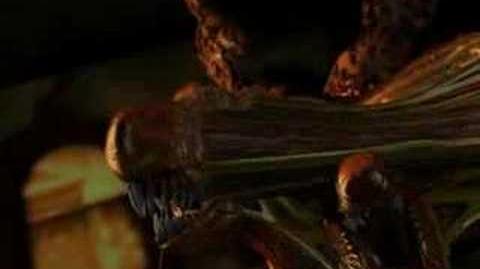 Artwork of Kerberos and Aya.