Note: Spoilers are to be expected and may be unmarked.
This wiki covers violent and disturbing content and is intended for mature readers. 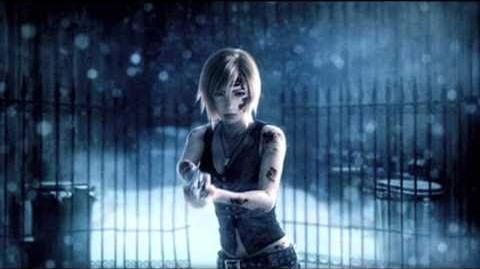 Thelonious Cray is a major character in The 3rd Birthday. He is a former Delta Force Soldier turned CTI member.

Cray was born in Gettysburg, Pennsylvania. At the age of five his parents divorced and he was sent to live with his mother, where he grew up in extreme poverty.

Before coming to work in the CTI, he had been part of the elite Delta Force unit of the US Army, specializing in counterterroism. Cray was enlisted in Captain Russo's squad, one that undertook only the trickiest and most dangerous missions. Although he's ably equipped for counterterrorism missions, Cray is distinguished by skill in close-quarters combat, which is truly second to none.

Cray ran a hostage rescue mission in the Grand Pacific Airlines hijacking, taking command of the Red Squad as they subdued the hijackers and secured the hostages, bringing the event to its conclusion with no casualties. It was this feat that got him assigned to Russo's squad.

As they racked up more and more victories, Russo's squad became known far and wide as the pride of the Delta Force and the terrorists' biggest threat. All that came to an end with the failure of Operation Red Fog in 2012, Delta Force was annihilated and all squad members were killed in action. Cray was the only survivor of Russo's squad, he hadn't been part of the fatal mission, instead assuming his new post at the CTI.

To write a new article, just enter the title in the box below.

Returning to the Remake idea

Want your community included? See how!

Retrieved from "https://parasiteeve.fandom.com/wiki/Parasite_Eve_Wiki?oldid=17954"
Community content is available under CC-BY-SA unless otherwise noted.