View source
watch 01:36
We're Getting Mutants in the MCU - The Loop
Do you like this video?
Play Sound

The T-Rex is a boss in the American Museum of Natural History fought after the Triceratops.

This monster is not too tough if your reflexes are somewhat good. Just make sure you keep Haste on at all times. Using Liberate, your newest Parasite Energy, is also an easy way to kill it.

It has three attacks, and its favorite is breathing fire, which it'll sweep in front and hurt if Aya Brea gets caught in it. To dodge, run behind it even if it means you have to cram yourself between T-Rex and the wall; ten points of damage for touching it is much better than two hundred for getting burnt. It's also got a homing energy blast that requires charging. That's a tough attack to avoid, since there's no real safe spot against it; have Haste on and rely on your reflexes. Finally, it'll try to bite you if you get in front of it. As long as you stay behind it and keep your HP high, you shouldn't have any problem.

Once you're done, you receive a M8000 handgun. This has a "command 2x" ability, which lets Aya perform two commands in one turn, and this should be modded into the main gun if you don't plan on using the M8000.

To finish the dungeon, go south-west. Back in the entrance area, go up the stairs, west, back to the Triceratops room, and properly go south this time. 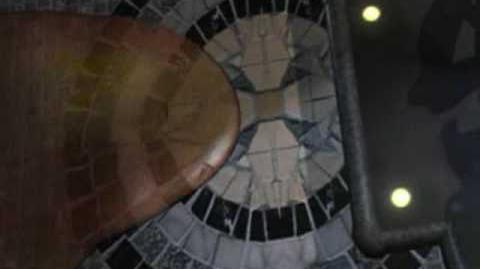 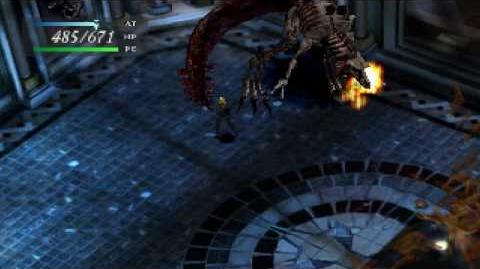