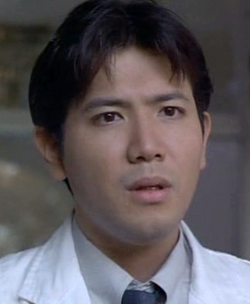 Dr. Takashi Yoshizumi (吉住貴嗣 Yoshizumi Takashi) is a character in the novel and its film adaptation.

Yoshizumi is a doctor at the City Central Hospital and worked in the main institution for transplants. Yoshizumi blames himself for Mariko Anzai's previous kidney failure and jumps at the chance when Kiyomi Nagashima's kidney is put up for donation and immediately insists on Mariko taking it.

After the transplant, Yoshizumi starts to pick up on something being odd, seeing Mariko acting strangely. Yoshizumi then confronts Toshiaki Nagashima about what is going on and witnesses the horror of Mitochondria Eve. This encounter leaves his right hand "twisted at an unnatural angle." He survives at the end of the novel.

Community content is available under CC-BY-SA unless otherwise noted.